I've had the same cell phone for a couple years now, but it took me until this week to do something with all those photos I'd been storing on it. Here are some pictures, at long last freed from their telephonic jail.

In the lobby of Northwestern's Galter Pavilion medical office building, there's a large painting depicting the construction of the building: 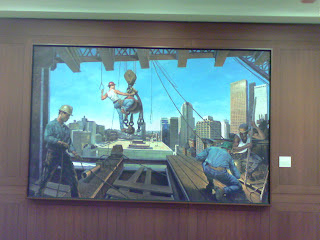 Let's take a closer look at the figure in the middle, shall we? 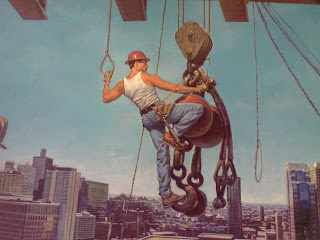 Pretty damned hot for a doctor's office, no? Speaking of hot, what's a restaurant to do when the dog days of summer roll in but there's no air conditioner? Easy: Pull up a chair and grab a bucket: 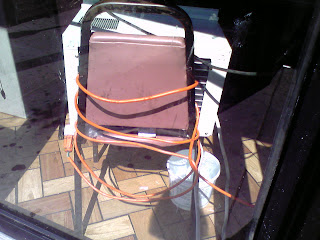 What if you lost your beloved dog but you couldn't spell "shih-tzu"? 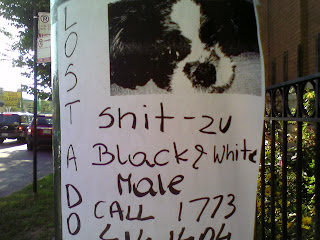 Is it just me, or does the sunken-in rubber head on this Halloween dummy look like Newt Gingrich crossed with a rotting potato? 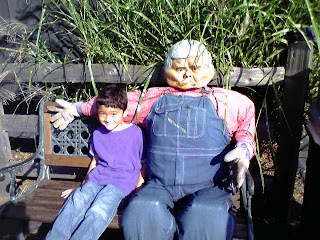 Look at the treasures you can find at the park! (We kept the spoon.) 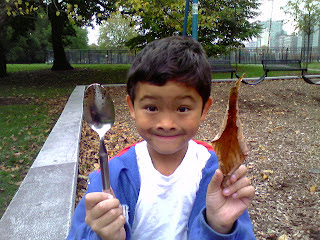 "Junior, why don't you go pick out a book about science?" 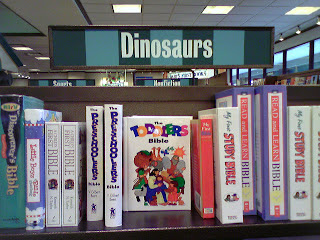 It was cool when Batman Begins 2: The Dark Knight was filming in the neighborhood. A couple Gotham PD squad cars were parked by Ben's school: 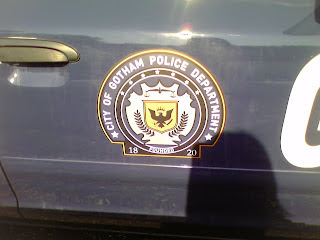 Everything famous comes to my neighborhood! Case in point: The Police concert. (And Flea, who was to my right when I took this picture.) 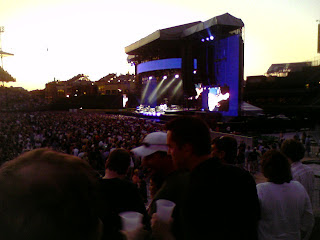 Sometimes rude giants also come over, though. This bozo was two rows below me, and yet his enormous head kept blocking my view of the stage. Whenever he got excited, he waved his arms in the air like he just didn't care, obscuring the view for a few more rows behind him. 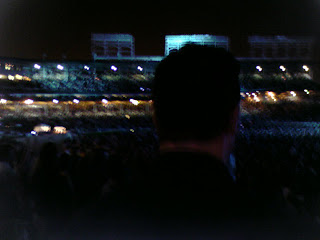 And that gets us caught up to last Friday, so that's enough pictures for now, eh?

Feel free to suggest captions for any that capture your fancy.
Posted by Orange at 5:14 AM

We had some dorks sit in front of us when we went to the Police--they sat and acted like idiots, then someone came over and they realized they were in the wrong seats, so they moved a few rows down and acted like idiots, and then it became nearly the best entertainment to try and spot them acting like idiots as they seemingly were unable to stay in one spot for the entire concert.

Seems to be good resolution on that phone...